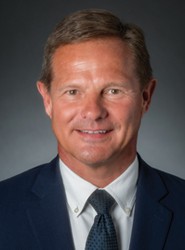 Creeger began his career with ConocoPhillips in Corpus Christi, Texas in 1986. He held a number of engineering positions supporting onshore and offshore operations in the southern U.S. and Gulf of Mexico.

From 1996, Creeger has held a number of senior international business unit and joint venture leadership roles with assignments in Russia, Norway and  the  Caspian.  In 2003, Creeger returned to ConocoPhillips' corporate headquarters in Houston, Texas supporting the office of the executive vice president of exploration and production.

Creeger relocated to Qatar to assume his current position in September 2016.

Creeger earned a bachelor of science in petroleum engineering from Texas A&M University in College Station,Texas in 1986. He is a registered engineer and a member of the Society of Petroleum Engineers. Creeger has been active in supporting philanthropic and community service efforts in the locations he has worked around the globe.

Your PDF is Ready